Email: This email address is being protected from spambots. You need JavaScript enabled to view it.
Phone: (309) 303-7017

Being centered in Caterpillar's home town of Peoria, Chapter 20 membership of course includes Cat employees and retirees, but also current and former Cat machine operators, and even individuals that just have an interest in Caterpillar or Cat machines. The Chapter has members throughout the middle part of the state, up to roughly I-80 to the North and I-64 to the South. The activities of the Chapter primarily consist of meeting up at area tractor shows, supporting each others restorations, and promoting Caterpillar heritage at local events, including those hosted by Caterpillar itself.

There has been much discussion between ACMOC leadership and the show organizers with Chapter 9. It has been agreed that we all have a concern with this show location not being an existing show with its own existing attendees and infrastructure. This leads us to another agreed upon concern that the necessary spectator number needed to make this show a success might not be feasible. Shows are expensive to put on and that, coupled with today’s raising costs, ACMOC, Chapter 9 and the show organizers in Laramie, WY have all agreed that it is best to forgo a National Show in 2022. This however does not mean that the opportunity to visit Chad Enyeart's place and his collection in Laramie is gone. We will have a member’s event at Chad’s place in the future.  We wish to share this with the membership so that you have time to cancel any travel plans that you may have already arranged. We are very sorry to announce this, but we feel this is what's best for the club during these challenging times.

ACMOC Chapter 20 is partnering with the Morton VFW to host an Antique Tractor Show featuring Caterpillar.  The show will be held June 11-13 at the VFW's facility on the North side of Morton.  There will be space for static machine displays as well as a demo area where we can move some dirt.  We would love to have as many members as possible attend and bring their Cat machines. 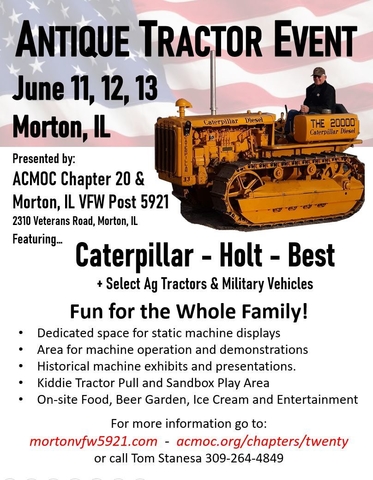 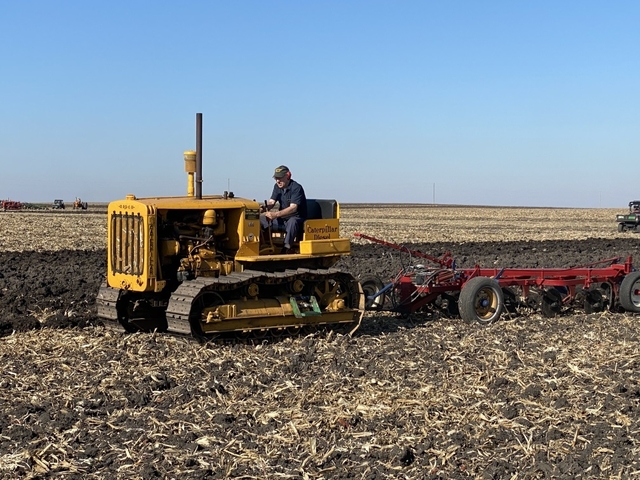 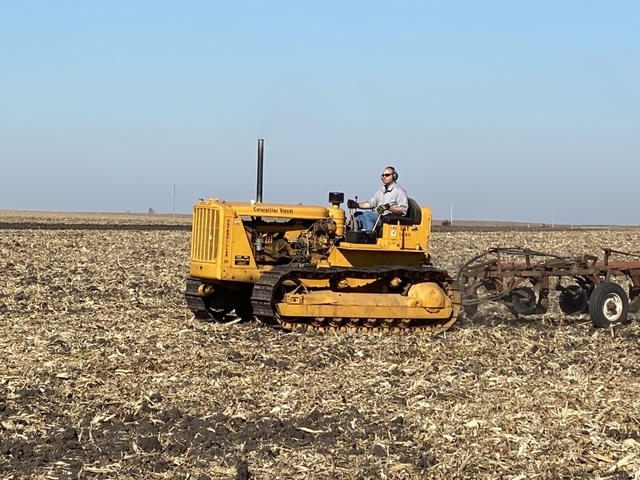 Chuck Ehler hosted a plow day with several Chapter 20 members in attendance.  The weather was so perfect it was hard to believe it was early November.  It was quite a scene seeing several vintage Cat tractors out turning the soil over, along with a few of other assorted makes. 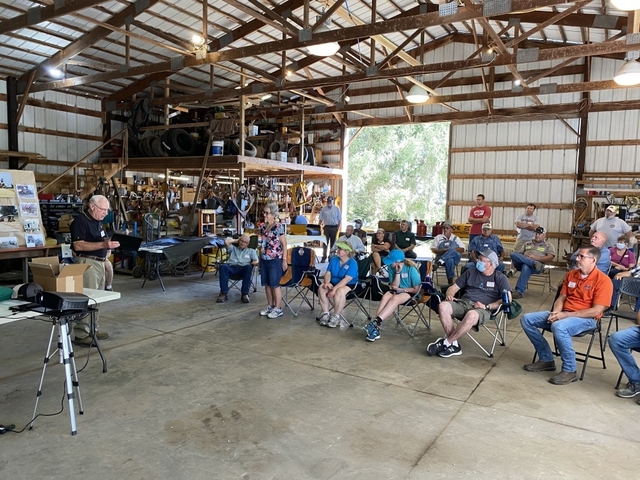 We were excited to hold a chapter meeting at Chuck Ehler's Farm.  The weather was nearly perfect for a day of admiring the equipment on display and visiting with other chapter members.  Several members have been collaborating on projects, but with most area shows cancelled this Summer, it was nice to finally get together as a group.  Chuck has been working on a very special project; The 20,000th Caterpillar Diesel, which was purchased new by his family.  This RD-4 had been sold long ago, but the stars aligned and they were able to locate it again and get it back.  Attendees got to see the impressive documentation the Ehler family has retained related to the tractor, and the progress on the restoration.  During the meeting, the chapter members also voted to retain the current slate of officers. 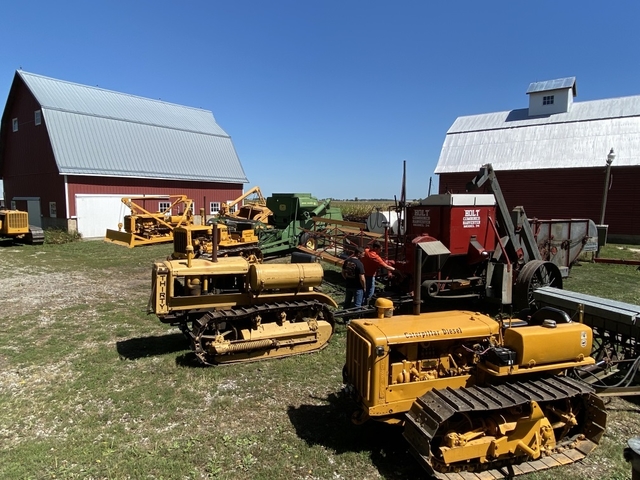 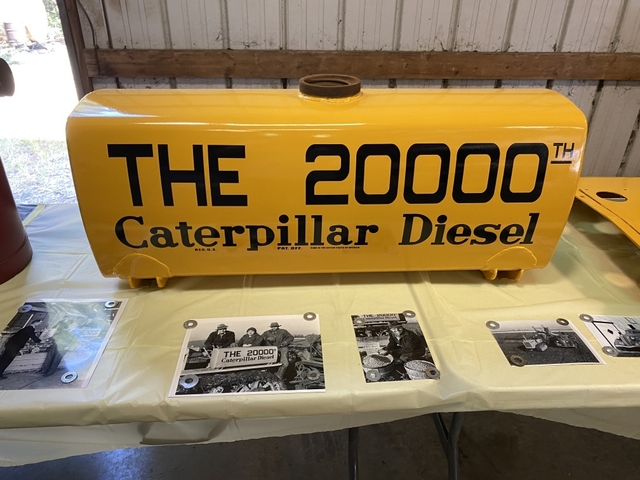