Members of Chapter 2 enjoyed the working event organised by The LINK Club over the weekend of 19/20th June.

There were some quite unusual machines working including a self loading 623B scraper. 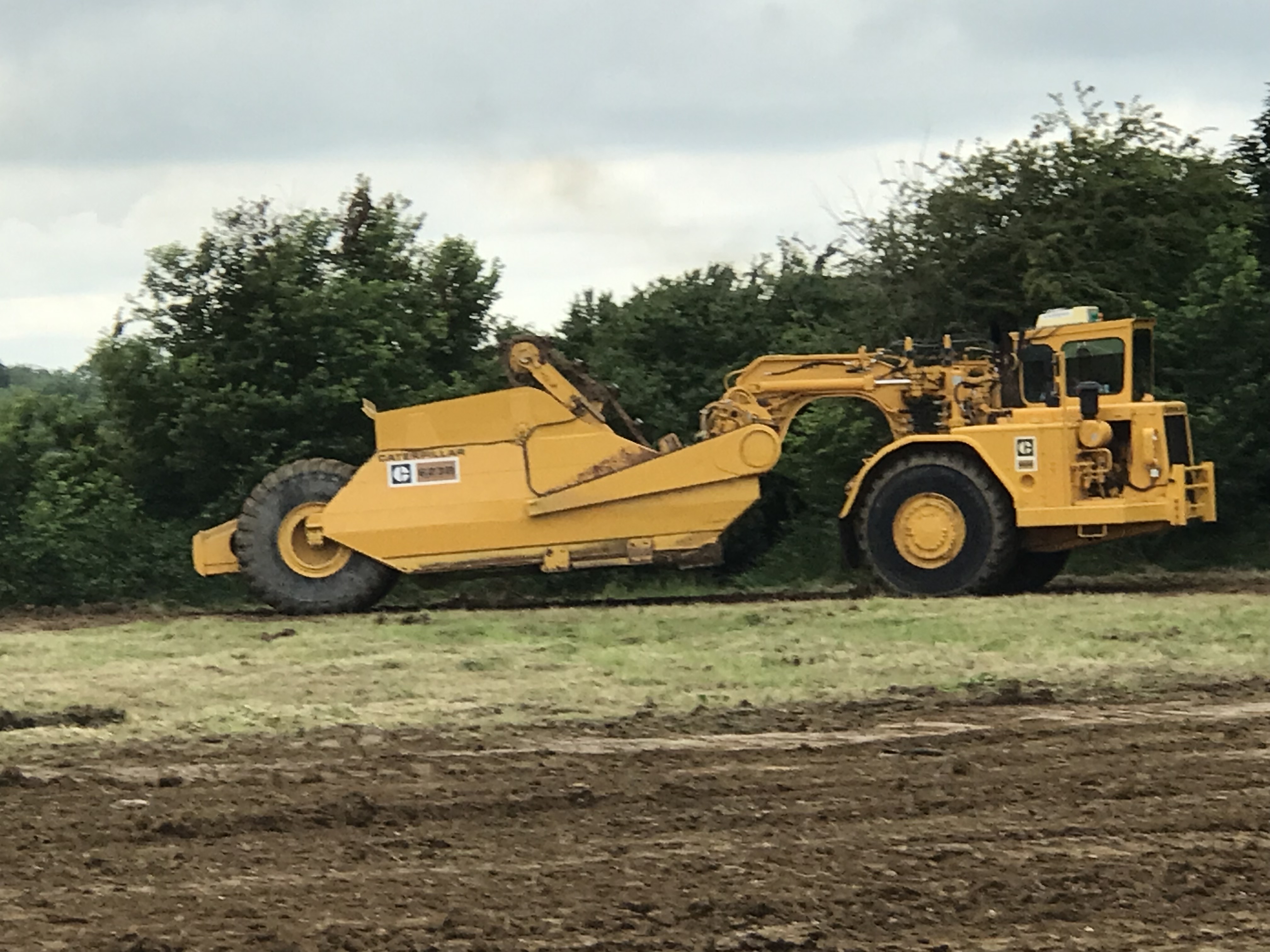 At the other end of the spectrum was a J series D2 pulling Conder scraper box. The box was of a very unusual design with hydraulics to raise and lower

the cutting edge yet the bowl itself was of the “tumblebug” design with a 1 ½ cu yard capacity. 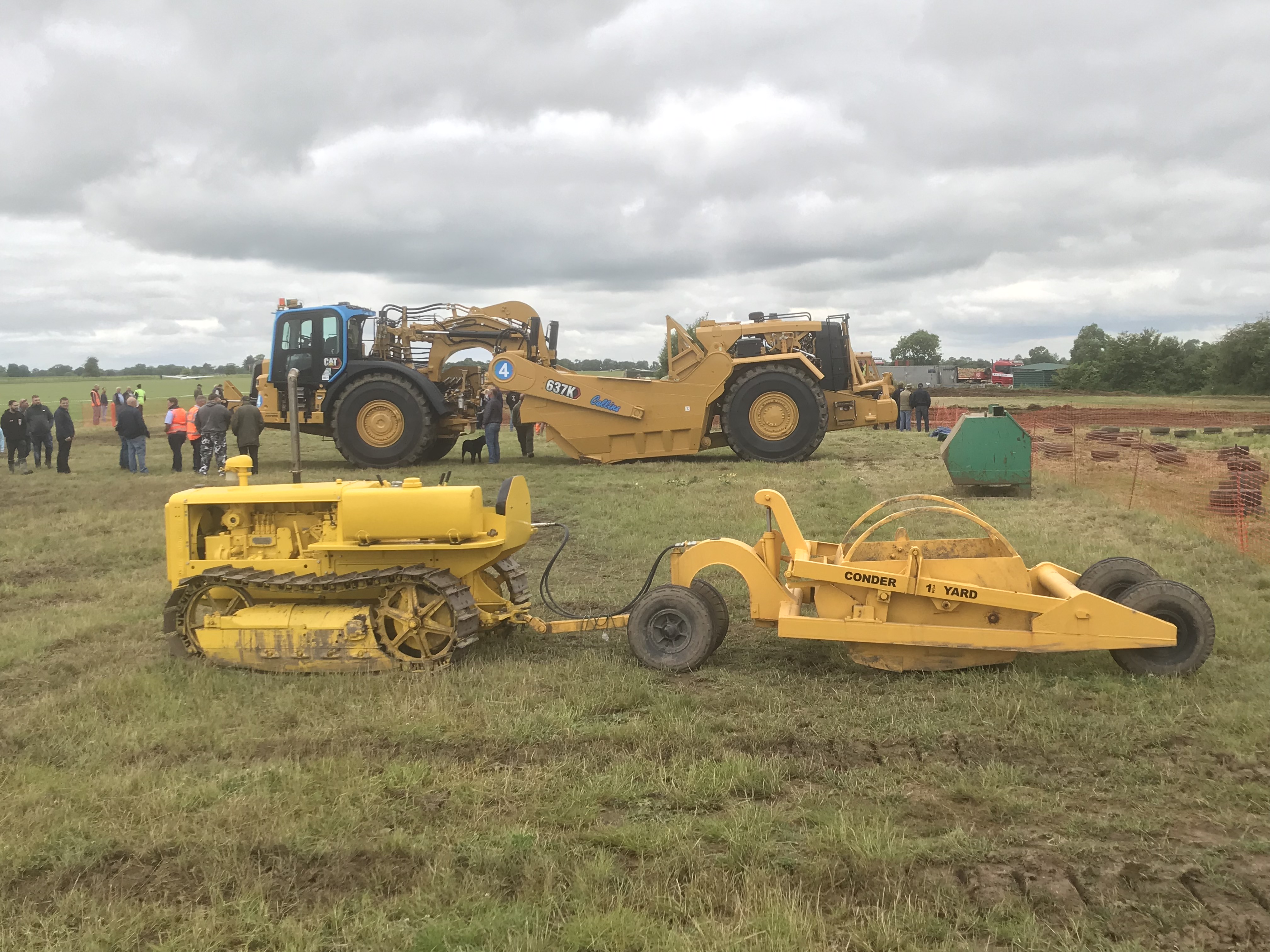 We were also most impressed to see a brand spanking new 637K twin engine motor scraper. Scrapers have all but disappeared in the UK for earthmoving

over the last few decades being replaced by 360 degree excavators and all terrain dump trucks. Happily they are making a comeback.

The 637 was delivered to the working event site directly from Finnings, the UK Cat dealership and before entering the working area

the cutting edge was still covered in Cat yellow paint ! 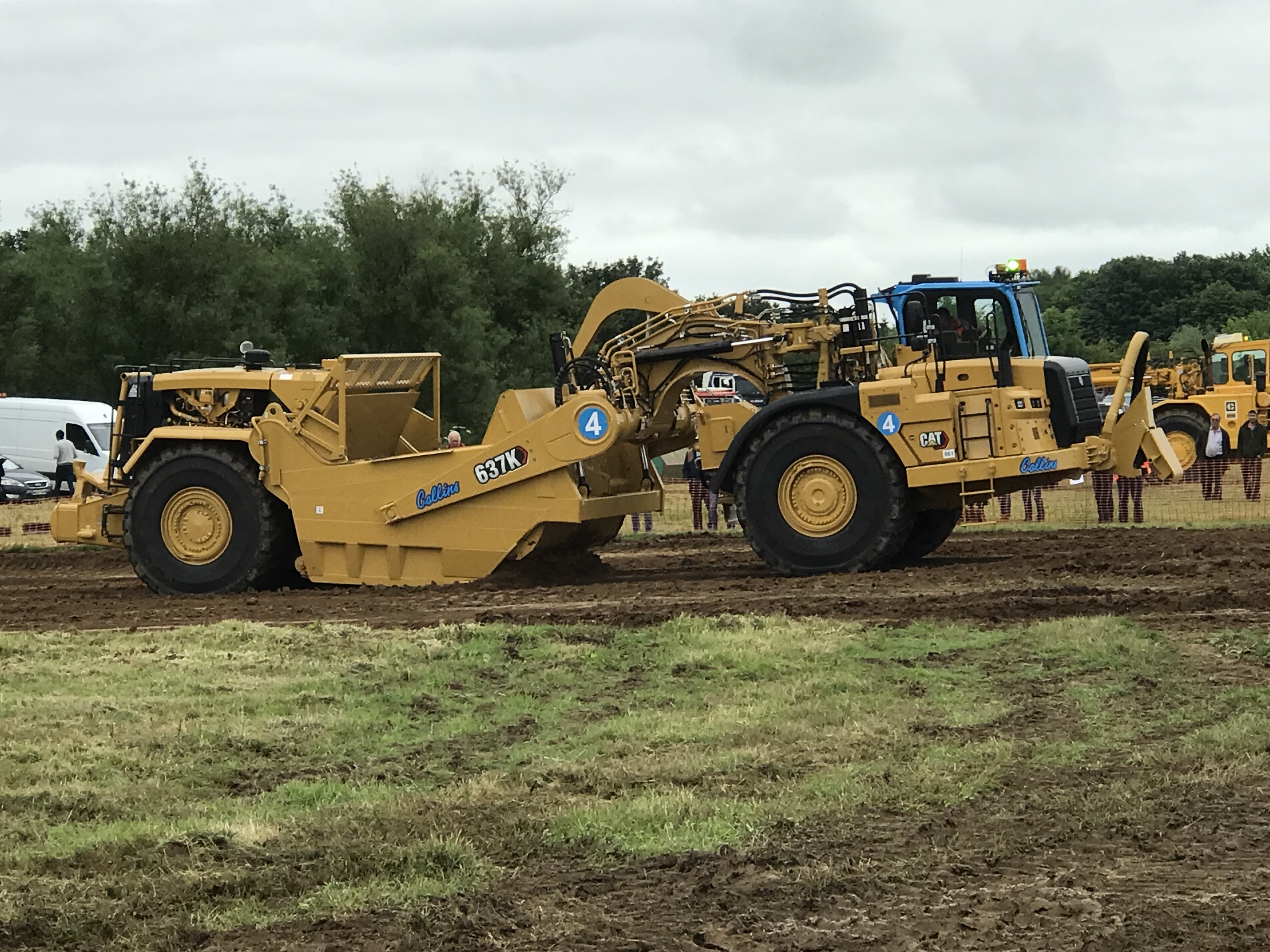 Last but certainly not least was a completely rebuilt D9H tractor with blade and ripper.

No expense was spared in the restoration of this machine which reputedly cost over $250,000. 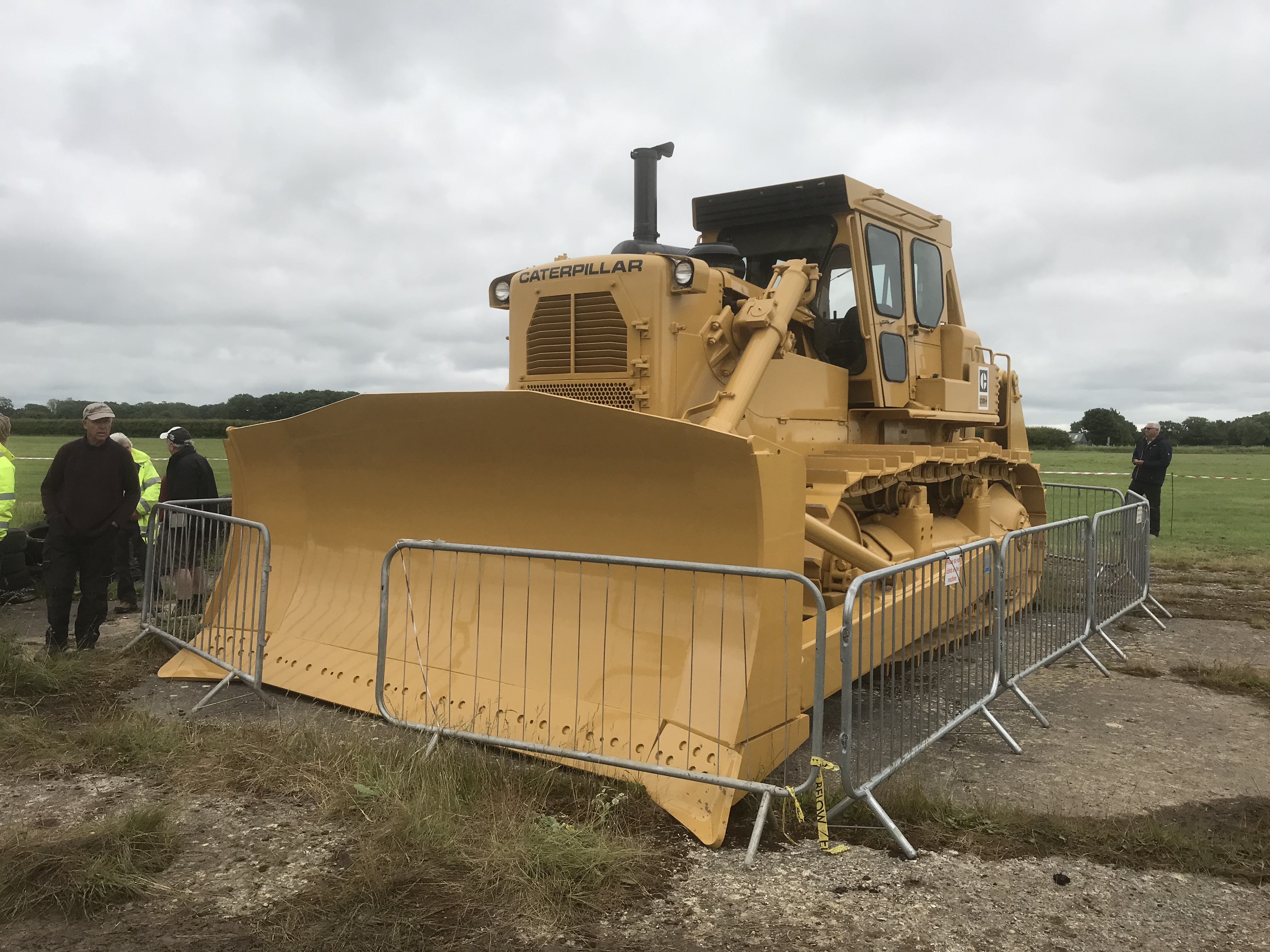 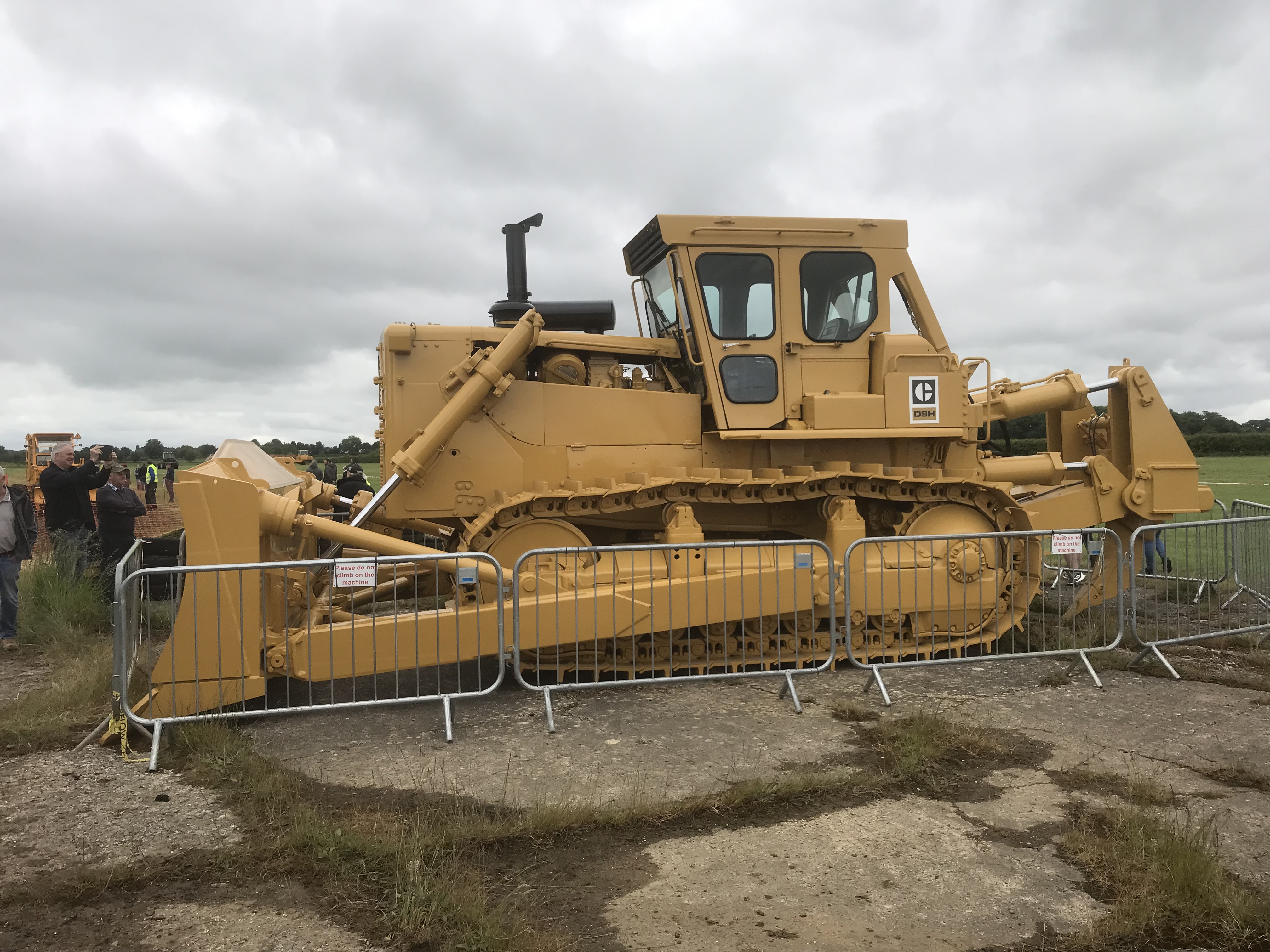 Our thanks to David Wills, Chairman of The Link Club for organising the event all proceeds from which were donated to the local Air Ambulance.